The word clitoris derives from the Greek word kleitoris which means “little hill”. For two millennia, we have thought that our most sensitive organ, which has no other purpose than to make us feel good, bears resemblance to a little hill. This, my friends, is depressing. Our clitoris is so much more than a little hill. Let me tell you how to find your clitoris, your whole clitoris.

Cygnet is two and a half. I don’t remember when he first found his penis, but it feels like a long time ago. I doubt he was even a year old. Cygnet and his willy are now very good friends. “Mummy, my willy is standing up” Cygnet will say. “What are you doing to your willy?” I ask. “I’m poking it” comes the response.

Boys are lucky. Their sexual organ is a dangly toy to be discovered and played with from a very young age. Our girls are not so lucky. Us women have to explore, research, read and venture. The focus of sex education at school is on how to avoid having a baby, the male orgasm is key. It’s all about ejaculation.

The clitoris is not required for reproduction. Yes, I know, you knew that! In fact it’s sole purpose is to make a woman feel good. The clitoris contains approximately 8000 sensory nerve fibres – that’s twice as many as a penis. Cool huh? So, why is it that the penis gets all the attention? The clitoris should be the star of the show, but instead she is hiding in the shadows.

Textbooks, professional medical guides, the internet, magazines, sex education in schools (that’s if the clitoris is even mentioned) wrongly assert that the clitoris is the size of “a fingertip”, “a pea”. The plethora of misinformation is mind blowing. Science has been woefully inadequate when it comes to mapping the clitoris.

In 1998, yes 1998!, just nineteen years ago, the urologist Dr Helen O’Connell used magnetic resonance imaging (MRI) to discover the clitoris. She discovered that the majority of the clitoris is actually within the pelvis. It is far more internal than external and consists of two shafts or legs up to ten centimetres long and two glans. The clitoris looks more like a “wishbone” than a “pea’. I borrowed Cygnet’s felt-tip pens and I drew you a diagram: The most brilliant thing about the clitoris is that the super-sensitive magic button on the outside triggers the entire clitoris which stretches up and inside. The glans of the clitoris wrap around the vagina. When aroused they swell and grip the vaginal wall.

In 2009, yes 2009!, eight years ago, the world’s first 3D sonography of a stimulated clitoris showed how the erectile tissue of the clitoris engorges the vagina. The so called vaginal orgasm is in fact an internal clitoral orgasm. I drew you another picture: Now I don’t know about you, but I am disappointed that I have never heard of Dr. Helen O’Connell before. Through Dr. O’Connell’s work, science is gaining a new perspective and a more accurate understanding of the anatomy of the clitoris, but more importantly, through Dr O’Connell’s work, us women are getting the chance to have a better sex life.

Dr Helen O’Connell should be an international heroine. Her head should be on bank notes. Instead, she has this little visited website, which, and I don’t mean to insult her (she is after all my new-found heroine) looks somewhat amateur. If ever there were a reminder of the phallocentric world that we live in, it is the fact that the discovery of the entire clitoris has passed unnoticed.

Go forth ladies, go and find your clitoris, your whole clitoris.

This piece originally appeared on The Single Swan and is reprinted here with permission.

How I Recovered From Sex And Love Addiction 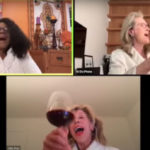 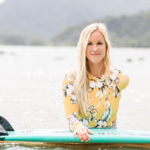 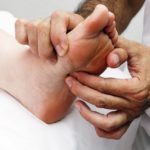